Hi
What do I do please? Thanks in advance

I have just had a tab open with this message:

Close the tab & totally do not press the Scan Now button. These messages are a hoax.
Y

Spawn_Dooley said:
Close the tab & totally do not press the Scan Now button. These messages are a hoax.
Click to expand...

HI, my Mac is infected with the same annoying popups. I sent all download files to the trash, restarted Safari while holding the shift key down. I also restarted the computer while holding the shift key down for a soft boot. I still have the annoying popups. I think this came in the guise of a phony Adobe Flash update. I know this is phishing in the hope of getting my credit card information. The phony sites I'm being directed to look exactly like the real apple sites. Any ideas on getting rid of the popups?
Thanks in advance,

Download, install, and run the excellent Malwarebytes Anti-malware software. You can get it form here:

honestone said:
Download, install, and run the excellent Malwarebytes Anti-malware software. You can get it form here:

Hi Honestone. I tried downloading the Malwarebytes link. I am told it's a program for MS Windows and it's not Mac supported. Do you know of any alternatives?
Thanks for your help,

Yeah, my oops! Thanks, Cory.

Cory and Honestone and others,

Thanks very much for you input and the link for malware in a Mac. However, I'm still getting popups after I downloaded the link. This phony "Flash Player Download recommended is the original culprit that I mistakenly downloaded. I know now not, to download this Flash and to go to Adobe's website. But, this malware keeps me from utilizing the "real McCoy." Flash is not so important anyway. I hope somebody else can benefit from this. BEWARE the phony Flash Player Install. 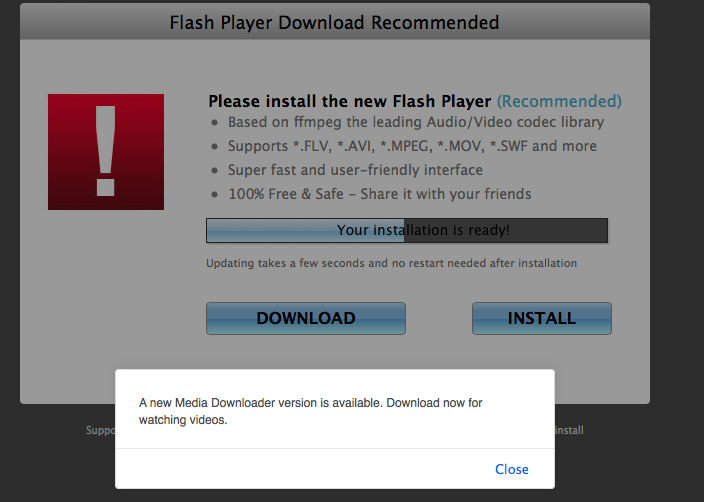 This may be a silly question, but did you install the Malwarebytes app and run it after you installed it? It should have removed that pop-up.

You can also look in Safari > Preferences... > Extensions to see if there is anything installed there.

I have Safari extensions turned off. I have been working on this off and on for days and turned extensions off last week. Oh, do you mean the malwarebytes app should be there in extensions? I do not have a lot of computer knowledge. I just keep at it. When I downloaded the app I had some interference with the phony Adobe Flash. It popped right up and went to my downloads.
There are no "silly" questions. I had an algebra teacher many years ago say after he dazzled with his footwork on the blackboard, "No questions? Those who refuse to ask questions deserve to remain ignorant. " My hand went right up.

Also, I don't know what you mean when asking if I "ran" the malware ap. It said it was downloaded and I left it at that. I don't know how to "run' it.

What you downloaded is a disk image, it would have ended up in your Downloads folder. The file should be called MBAM-Mac-1.2.4.584.dmg You will need to double-click that file and it will open a white "disk" on your Desktop called Malwarebytes Anti-Malware. It will instruct you to drag the application to the Applications folder in the window that opens - click the blue icon and hold as you drag it to the Applications folder icon in that window. Once that is done, navigate to your Mac's Applications folder, double-click the blue icon called Malwarebytes Anti-Malware, wait for it to update the signatures file, then click the Scan button.

I bet it will find a couple of things that it should remove automatically - possibly Genio (which is probably the malware causing your pop-up.)

Let us know if that works,

xnt1081 said:
There are no "silly" questions. I had an algebra teacher many years ago say after he dazzled with his footwork on the blackboard, "No questions? Those who refuse to ask questions deserve to remain ignorant. " My hand went right up.

Man, that statement, so, so valid, brings back some recent memories! I used to teach Mathematics courses (on a part-time basis) at a couple of Community Colleges from January 2006 though June 2011, and no matter how many times I would encourage questions, there were still a number of students who were reluctant to do just that. As it is, it became more and more discouraging to teach, even at that level. Too many students felt they were "entitled" to things, but not needing to do any of the required work. I could relay so many stories, it would make one's head spin!

Also, as Cory so correctly mentioned above, you need to open that .dmg file, drag the Malwarebytes application to your Applications folder, and then double click on the app for it to run. (You could also double click on the app directly without installing first inside your Applications folder, but it is better to install it, so that you have it all the time).
Ad

I went into Safari preferences and turned on the extensions. Then I re-downloaded the Malwarebytes Anti-Malware and dragged it over. I still have the popups. I waited for an hour or so and the popups continued. I went back and turned off Safari extensions.

You stated you dragged it over...but did you double-click it in the Applications folder and run it? If it doesn't find anything, it will tell you, and we'll go from there.

If you don't have any Safari extensions installed, leave it disabled.

I had not double clicked the applications folder and did double click it just now and it did "run," and then it stopped. There wasn't any information displayed. I do not know if it worked, yet. I will let you know either way. I really do appreciate your patience help and guidance regarding this. I know how to "use" a computer, but very little about what you seem to know a lot about.
Ed.
Ad

You need to double-click the Applications folder to open it, then find Malwarebytes Anti-Malware and double-click it to run it. You will then see this window, in which you will click Scan: 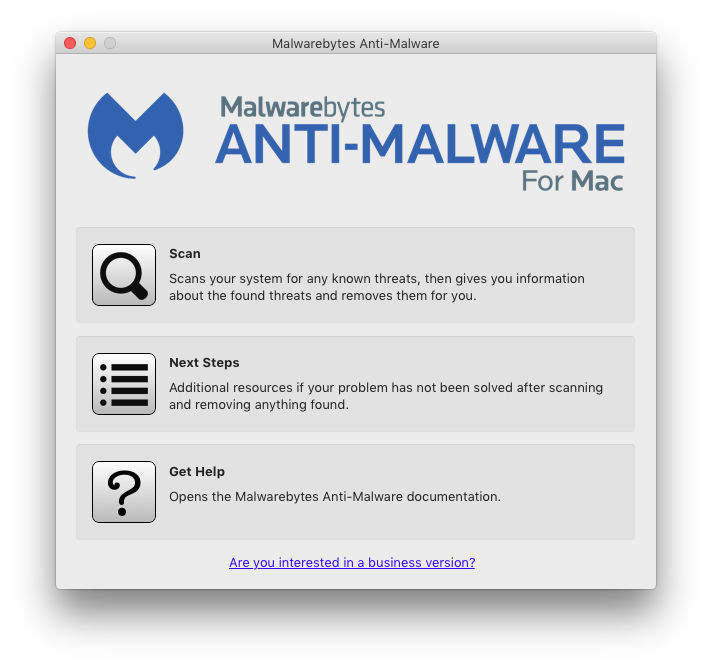